The residents of the Baka neighbourhood have a long history of active involvement in spatial and strategic planning around issues of sustainability. Baka is therefore well positioned to pursue innovations related to redesigning the street/ sidewalk to reduce the use of private cars and to make the urban environment much more conducive to walking and cycling.

As has been raised in many forums, one of the major challenges in the implementation of programs for sustainable transportation is the cultural-social dynamic. Thus it is important to emphasize that the population in Baka has a high level of environmental awareness. Baka is a well-organized community which enables the development of new models for active engagement and community partnership in implementing sustainable transportation innovations at the local level.

There is a long history of interaction between the municipality and the community on the political level and on the professional level. This has included the preparation of the neighborhood master plan with active community involvement. As in many cities there is also the tension between neighborhood priorities and city wide priorities which at time leads to skepticism and lack of trust. Civil society activities are diverse and reflect the multi-culture makeup of the population. However there is a common theme of commitment to sustainability that cuts across these different groups.

The agricultural history of the neighborhood has left its imprint of narrow dead-end streets that make travel by roads cumbersome.  Congestion is a major issue for travel within the neighborhood and through the neighborhood. Parts of the infrastructure to enable creating a walkable and cycleable district are already in place. Specifically an old rail line into the city, which was previously a obstacle to local transportation, has been transformed into a “Rail Line Park” and pedestrian/cycle way linking the neighborhood on one side to an industrial commercial area and on the other side to the CBD.

The policy of Jerusalem and the Israel in general is to ensure accessibility to all forms of public transportation.  In the Baka neighborhood this has been implemented in most of the bus stops and will be incorporated into the light rail transportation system. Yet at this point close to 60% of the population travels to work by car and about 30% use public transportation with only 4% walking or cycling. Also in some areas sidewalks and other obstacles have not be adapted to people with disabilities and not all locations have adequate access to public transportation.

Baka is a neighbourhood in the western part of Jerusalem with a long tradition of citizen engagement and participatory planning. Its Community Council is a linked third party to the municipality of Jerusalem and has previously facilitated a successful community-driven process which resulted in a widely shared vision for the mobility future of the neighbourhood. It contains the following six preliminary targets:

Through SUNRISE, neighbourhood stakeholders that were not previously involved in the formulation of these goals will be identified and their views taken on board towards a truly representative community vision. Throughout WP2 activities, these ambitions will be translated into a clear work plan and working procedures among the local partners with shared responsibilities. Without pre-empting these results, it is anticipated that the focus of the implementation action will be the redesign of public spaces and the creation of a low-motorized “Green Way” to link residential areas, community institutions and businesses. This requires detailed planning that combines professional expertise to be provided by HQ Architects and with community engagement. The actual “on-the-ground” work will be coordinated by the Greater Baka Community Council, which is a city / municipal linked NGO that is structured not only to have “citizen input”, but also to carry out community initiatives in a sustainable manner. The Council together with the city will work with community groups and service providers as subcontractors to undertake the neighbourhood initiative. 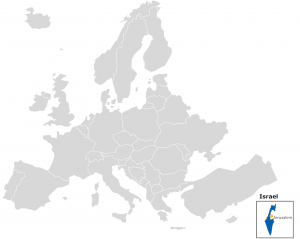 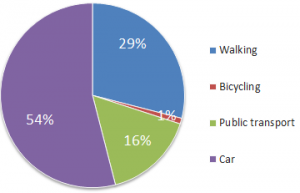 Take a look at Jerusalem’s SUMP

We use cookies to ensure that we give you the best experience on our website. By continuing to browse the site, you are agreeing to our use of cookies.Allow Cookies